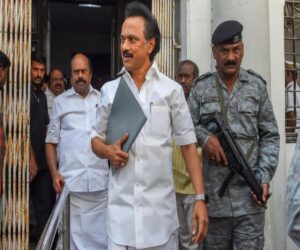 Chennai : The ruling DMK in Tamilnadu has convened its General Council meeting on October nine to elect the party President, General Secretary and Treasurer.All the newly elected General Council members are requested to attend the meeting without fail, DMK General Secretary and Water Resources Minister Duraimurugan said in a statementhere on Wednesday.Chief Minister and DMK President M K Stalin will be re-elected as the Party Chief in the meeting, in which Lok Sabha MP and Women’s Wing leader Kanimozhi is likely to be made as Deputy General Secretary following the quitting of Subbulakshmi Jagadeesan from the post and
her decision to reitre from active politics.