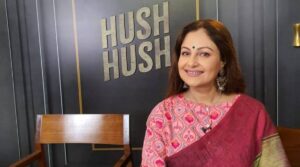 Ayesha Jhulka, one of the popular 1990s stars, says OTT has empowered storytellers to look beyond the stereotypical portrayal of a woman resulting in meaningful roles for actors of all ages.Jhulka, who recently made her OTT debut with the Prime Video series Hush Hush , said she “waited long enough” to do what she really wanted to.The OTT has been changing the game for us, for female actors. It is a boon for us. If we didn’t have the OTT, it would have been still the same. It’s only here that more potential towards acting, characters, barring any age or anything, is there, the actor told PTI in an interview.With Hush Hush , which has an all-female cast, the 50-year-old actor said she was able to break her on-screen image of a girl next door, attained after blockbuster hits “Jo Jeeta Wohi Sikandar” and “Khiladi”.I am actually transcending, cutting off that image and going into a different role altogether. That is a big challenge for me as an artist, she added.She starred in a few cameo appearances in the last few years, including Imtiaz Ali’s Socha Na Tha and Anil Sharma-directed Genius . But with age, the roles dried up, the actor said.This phase made her take a step back from films and Jhulka said she chose to wait for the right opportunities

Tags:OTT is a boon for female actors: Ayesha Jhulka