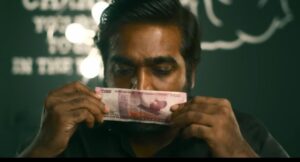 Zee Studios on Sunday announced a silent film, titled “Gandhi Talks” with actor Vijay Sethupathi.An AR Rahman musical, the dark comedy will be directed by Kishore P Belekar’ and also feature actors Aditi Rao Hydari and Arvind Swami, a press release by Zee Studios stated.Rahman will provide the background score and music for the film, which will be produced by Zee Studios.Director Kishore P Belekar, says, “Silent film is not a gimmick. It is a form of storytelling. Conveying emotions by switching off the device of dialogue is not only scary but also interesting and challenging,” Belekar said in a statement.Shariq Patel, CBO of Zee Studios, said the film has a unique, relatable, and incredibly funny, and entertaining story.”Gandhi Talks”, co-produced by Kyoorious Digital Pvt. Ltd. and Movie Mill Entertainment, will be released worldwide in 2023.