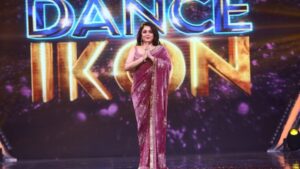 Ramya Krishnan is set to make her OTT debut as judge on a popular dance show.The makers of the show have announced the addition of Ramya, whom they describe as the ‘Lady Superstar of South’, to the jury of ‘Dance Ikon’, which is being streamed on aha Telugu.Joining her on the panel is the ‘King of the Hook Step’ — Sekhar Master, who debuted into digital space on the grand gala episode.Taking the entertainment quotient a notch higher with his innate wit and charm will be Ohmkar, who has forayed into the OTT space as producer and host.