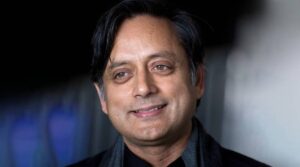 Senior Congress leader Shashi Tharoor on Saturday got the nomination form for the AICC presidential poll collected from the party headquarters here with sources saying he is likely to file his papers on September 30.
Tharoor’s close aide Aalim Javeri collected the forms from the office of the party’s central election authority chairman Madhusudan Mistry on the first day of the start of the nomination process, all but confirming an electoral face-off for the top party post with Rajasthan Chief Minister Ashok Gehlot.
The nomination form is likely to be filed by Tharoor on the last day of the nomination process on September 30 as the idea is to collect nomination-endorsing signatures from across the country, sources said.
A total of 10 Pradesh Congress Committee delegates are needed to endorse a candidate.